What is an Indonesia Company 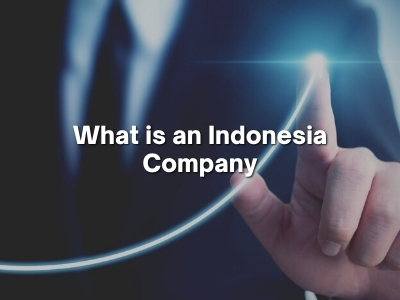 As soon as you and your partners decide to expand to Indonesia, have you given it enough thought? Armed with market research from wherever you are from should suffice. But do you fully understand the country’s policies and regulatory framework? Would your business culture fit theirs? Maybe it is time to find out about company types in Indonesia. It should serve as a general guideline of the business affairs in that would take in place in this highly-diversified country.

You may have heard about Indonesia’s Negative Investment List before. The essential document states the industries of which foreign investors have limited or no opportunities to do business in. If the trade industry you wish to venture is not in the list, you have high hopes of owning the company in totality. Otherwise, you may incorporate a company with specific shares between you and a local partner. There is also another standard option, which is the representative office. Though it has a low start-up, representative offices act only as promotional and communications office to the parent organisation. No business transactions are allowed. These are the common company types in Indonesia.

Now take a look at the detail of each company type. It includes requirements, benefits and deficiencies.

The lesser-known company types in Indonesia are State Owned Company or known as BUMN in the Indonesian language. The government can wholly or partially own them. There are two types of State-owned companies in Indonesia, namely; Public Company and Liability Company. A public company serves to make a profit while serving the public. A liability company is a commercial company providing services to the public at large. While the state owns a public company’s shares, a liability company’s capital comes from state assets.