When people in Indonesia celebrate Idul Adha, all the markets will be closed and it is a day of sacrifice. On this day, people remember a story that is popular among Muslims and Christians, specifically Ibrahim’s eagerness to sacrifice Ismael, his son, to God. 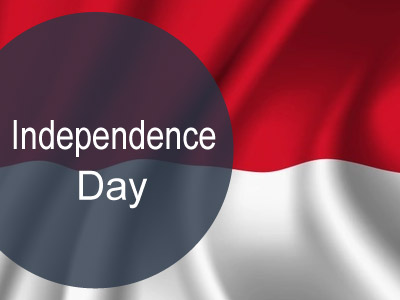 What is Idul Adha in the Indonesia All About? 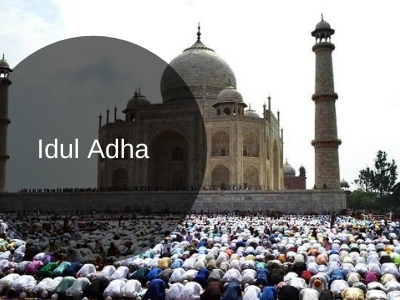 Idul Adha starts on the 10th during the 12th and last four days. That means, based on the Gregorian calendar, the Idul Adha date moves about 11 days earlier every year. The dates will depend on the moon’s location, which is at the beginning of every monthly Islamic calendar, and this is known as Dhu’l-Hijjah. This is why Muslims normally celebrate it from all over the world but do not have the same day of celebration for it.

Idul Adha originated from Ibrahim’s story, who wanted to sacrifice Ismael to God. Based on the Quran, Ibrahim asked God for a son, and it was granted. However, as Ismael grew older, Ibrahim started to have recurring dreams about slaughtering Ismael and realized that God was ordering him to sacrifice his son. When Ibrahim told this to Ismael, he was willing to be sacrificed for God. Ibrahim did all the preparations to make the sacrifice and when he was about to slaughter Ismael, a voice stopped him. The voice told him that his “vision” was already completed. Ibrahim received a lamb to sacrifice instead of Ismael, and he was revealed as a righteous prophet.

When the Muslims celebrate this day, they focus on selflessness, and it reminds them that God blesses those who are faithful. Idul Adha is also linked to the willingness to give up important possessions to glorify God.

Since Ibrahim was willing to sacrifice Ismael, and the provision of sacrificing a lamb in place of Ismael, the Muslim families in Indonesia are expected to slaughter an animal. The sacrifice is not to ask for the atonement of their sins, and it is believed that the meat and blood do not reach God at all. Instead, sacrifice is an act of charity by giving it to those who do not have meat to enjoy that day. This is what pleases God.

This holiday is popular for having lavish feasts with meat as the main dishes, which they make from the sacrifice. Their favourites are sate kambing or “mutton satay” and gulai kambing or “mutton gulai”, but they have a wide variety of menu.

Visiting relatives. They have what is called the Silaturahmi which means to keep the connectedness among each other, which is a concept a lot of Indonesians hold dear. During the week of Idul Adha, their friends and relatives go to each other’s homes to bring food and catch up. You can visit neighbours during this time, or family members you haven’t seen in a long time.

Sharing. It is better to share your blessings on this day, which is why the meat sacrifices are shared with the poor. If you have a lot of food to spare, you can donate it to the less fortunate so they can enjoy meat on that day as well.

How Idul Adha in Indonesia is Celebrated

On the day of Idul Adha celebration, they start the day with morning prayers at the mosques wearing their best clothes. The countries that do not have Muslims like the majority of their population, they normally have restrictions on how they perform sacrifices, but in Indonesia, almost the entire community takes part.

The goats and cows that the Islamic law requires to be healthy and fully grown will be slaughtered in the neighbourhood squares, which surround the mosques and other places for gathering. The families, lawmakers, and leaders buy these animals hoping their generosity will be remembered when they have the voting again.

The animal meat, which they call the Qurban, will be divided into three equal parts for the family, household, poor, and friends.

Venues and Special Events for Celebrating the Idul Adha in Indonesia

A lot of Muslims opt to return where they were born during this time. That means purchasing expensive tickets to different parts of Indonesia or the world if they were not originally from where they are living now.

However, a lot of Muslims choose to spend Eid Ul Adha abroad. In case you are working in an airline, hospitality or tourism, you can think of giving special incentives or deals in this period.

You can go to Indonesia to witness and experience this Indonesia Public holiday and bring back happy memories with you.