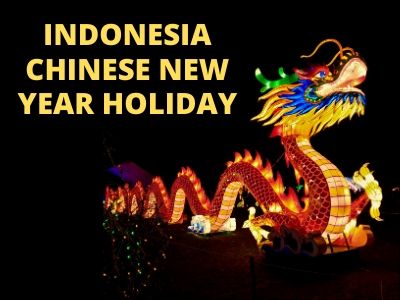 Indonesia is known for being a diverse nation; while most of its population is not Chinese, the country still celebrates Chinese New Year. It is a significant event in their country, and before the celebrations, some preparations will take place. You will see markets that sell clothing, fireworks, toys, and gifts. The Chinese people feel very festive during this time, and they give gifts to each other.

Also, fruits are a big part of the celebration because the Chinese believe they bring luck. The highly associated ones are oranges and pineapple. They say that pineapples mean good fortune will arrive and oranges bring good luck. A lot of people in Indonesia enjoy the colourful and exciting festivities of the Chinese New Year even if they are not from the same race.

There are many facets to the beliefs and traditions of the Chinese that they are celebrated around the world. Even if you are just visiting, you will not get bored with the celebrations.

If you want to celebrate Chinese New Year in Indonesia, you must learn more about it from here.

What is the Chinese New Year in Indonesia All About?

Imlek is the local term they use for the Chinese New Year. The Chinese Indonesians did not have the freedom to celebrate the new year in the past because they were culturally restricted. It became a reflection of how they handled discrimination throughout the years.
It was in the year 2000 when the ban was lifted because President Abdurrahman Gus Dur overturned it. After that, Megawati Soekarnoputri issued a decree in 2002 which made it a national public holiday in Indonesia.

The people who consider it a religious celebration still follow all the rituals like using incense to pray to the gods and ancestors and offer things at the shrine.

Those who see it as a custom celebrate it by reuniting with their family and exchanging red envelopes.

There are regions where culture and religion are mixed like churches holding special masses for Imlek.

Usually, people wear new clothes on the Chinese New Year, and they are typically red. They believe that red protects them from misfortune and bad spirits. They purchase new clothes for themselves, their children, parents, and elders. That is why shopping malls have midnight sales during this time to cater to those who want to shop for new clothes before the Imlek celebration begins.

People in Indonesia celebrate Imlek by going to parades and watching dragon dances in different communities. People want to bring good fortune and prosperity in the coming year. A lot of people will give time to their friends and family. It is an unofficial national holiday, which means the businesses and government are open.

There are many things you can do during the Chinese New Year in Indonesia, like:

How the Chinese New Year in Indonesia is Celebrated

When they prepare for the festivities of Chinese New Year, they do it in advance before the date. While the year comes to an end, the ethnic Chinese organize everything and take care of unfinished business to anticipate starting the New Year right. The business owners balance books and take care debts by paying them or collecting from people who owe them.

Those who cannot pay off what they owe spend their pre-New Year time avoiding Jakarta malls, hiding in their homes and temples. In ancient times, the debt collectors looking for debtors by putting their lanterns up until midnight. They consider it vulgar to mention about debts During the Chinese New Year, which is why they want to settle it before the holiday. If they can resolve it before Imlek, then they can start fresh.

On the New Year day itself, they consume more food because cooking on New Year’s Day is considered bad luck. Hence, they prepare it in advance.

Since 2014, their favourite festive activities are the potehi puppet show, releasing thousands of lanterns, music and cultural performances, culinary and handicrafts fair, and a fashion show of traditional Chinese dresses known as the cheongsam.

You can enjoy the Chinese New Year in Indonesia with your friends, family, or even yourself. Many festivities are in store for you, and you will not be disappointed with the decorations and food you will find. If you are fascinated by beautiful Chinese lanterns, this is the perfect time to go.