What is the New Year’s Day in Indonesia All About? 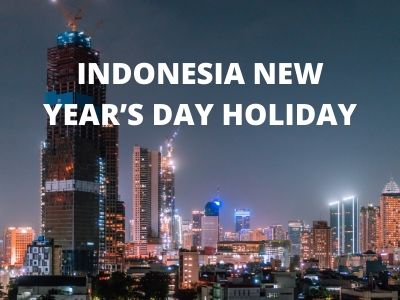 New Year’s Eve is celebrated globally because it is the last day of the year, which is December 31. It is based on the Gregorian calendar. Countries usually do a countdown to the New Year, and then there are lots of food and drinks.

Indonesia celebrates New Year as well, and they make it fun for everyone.

If you are interested in going to Indonesia to celebrate New Year, here is information you need to know before planning your trip.

New Year’s Day marks the first day of every year, and it falls one week after Christmas Day. It is a public holiday in countries that follow the Gregorian calendar except for Israel. It is why the New Year is the most observed public holiday.

In the past, New Year was observed on March 15 based on the Roman Calendar. The beginning of the year had always been January 1st in the 153 BCE, which was decided by two Roman consuls. They named the month Janus, inspired by the Roman god of doors and gates. His head had two faces, one is facing forward, and the other one is looking back, which is perfect to start the year.

There are many things you can do in Indonesia to celebrate New Year, and to answer your curiosity, here are some answers for you:

The schools, banks, private and government offices are closed. The restaurants and shops are open, and some of them open later than usual.

How New Year’s Day in Indonesia is Celebrated?

Indonesia celebrates New Year like other countries with all the colourful fireworks and trumpets. Since Indonesia is an archipelago, its different cities have their way of celebrating the new year. They wait for the clock to strike midnight, go to a mountain to watch the first sunrise of the year, or go to the ruins of ancient temples and beautiful old palaces.

If you are interested in spending the New Year at Indonesia, make sure to take note of the information about public holidays in Indonesia, places and events mentioned here. Indonesia is beautiful and rich in culture and tradition, which makes the visit worth it.