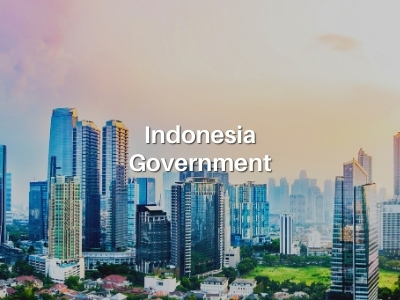 When opting to do business in a particular country, government nature and its policies prioritise entrepreneurs and business people. A government that is stable and reliable will produce high confident citizens. There will be enough trust for each other to build a better place for everyone. This includes businesses by local traders or foreign investors. The Indonesia government, for instance, encourages firms at any point of the supply chain. Its President and Vice President both have a strong business background. Thus, both understand the real struggles of doing business. A business demands a legal framework, policies and experience to ensure smooth transactions.

The Indonesia government practises democracy. Modern-day Indonesia has three traditional branches of government: the executive branch, legislative branch, and judicial branch. The executive branch works similar to an organisational job scope which involves the daily national governance. The legislative branch is responsible for the legal framework and policies in Indonesia. It also houses the people’s representative from all provinces in Indonesia. The judicial branch speaks for the legal courts of the country. The highest court is the Supreme court, with its judges appointed by the president. The president and vice president are now directly elected by the People’s Consultative Assembly for two five-year terms, which means they will be in power for ten years unless they are not happy with how things are going. So far, the current government is doing well; thus, keeping things in the balance for its citizens and investors alike.

Abiding by the Law

For starters, Indonesia is a Muslim-dominated country, and as long as everyone lives by the law, there is no reason for doubts. The Indonesia government allows for other religions to practise safely in their community harmoniously. There have been several tensions over the years, but there are no serious drawbacks to living in the country. A foreigner planning to live and set up a company in Indonesia may need to learn the language as Bahasa Indonesia is its official language. Companies and business entities are best set up with a local attorney’s assistance in the specific industry. Each industry may have a particular process to navigate. Thus, engaging with a local law expert will save a foreign individual time, cost and energy.

Ever since presidents with a business background lead Indonesia, Indonesia sees better days in its economy. Investors from Asian or global region recognise Indonesia’s potential for their business expansion. Notwithstanding its large population, Indonesia’s ease of doing business rank is also heading north. Despite some wary individual opinions about how politics and business should stay apart, the Indonesia government is doing well as the head of the country knows well how to manage and create a conducive business environment for all. The current government is also looking to open up more market segment to foreign investment to encourage level playing competition among all industry players. Therefore, it is essential to keep updated on Indonesia’s Negative Investment List to determine if the industry you desire is open to foreign investment.