With a Wide Variety of Places to Go, Everyone, Will Get to Do Their Favourite Thing 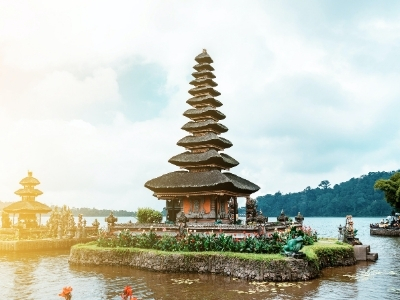 How would you like to explore adventures in this modern age? There are places in the world where ancient temples, tribes and untouched islands are thriving modern civilisations. Although it may be hidden from broad daylight, these places are still accessible for locals or tourists alike. Travel in Indonesia to experience such diversity from cultural spots to historical places to the natural habitat of varied flora and fauna. It is surprising, though, when this archipelago of islands does not sit at the top of the global tourist destinations list. It should as there is no telling when these places that have stood the test of time could withstand modern development.

The most significant tourist attraction in Indonesia is the infamous Bali Island. Bali itself is rich with heritage trails, cultural tradition and pristine beaches to begin with. But it is also a crowded tourist attraction. Cross over to the opposite and visit Lombok and its Gili Islands, most importantly less crowded than Bali. This sister tourist spot also features plenty of immaculate suns, sand and sea for strolling couple or family vacations. If your nature thrill is going under the sea, then head on to Raja Ampat Islands, where a rich diversity of marine life settles in the northwest seas within Indonesia territories. It is considered a virgin as only independent travellers have managed to reach Raja Ampat. Hence, now you know where to travel in Indonesia.

Indonesia boasts a plethora of historical sites that are also loaded with cultural tradition. One of the most distinguished temples is Candi Borobudur, a UNESCO World Heritage Site located in Magelang, Central Java. The Borobudur temple is the ninth-largest Buddhist temple globally, and the place attracts millions of tourists globally. It becomes a sacred place for millions of Buddhists every year on Vesak Day. Otherwise, drop by and marvel at this wonder as you read all about its history whenever you are in the area. The largest Hindu temple architecture in Southeast Asia is right here in Yogyakarta. The temple is called Candi Prambanan, also a UNESCO World Heritage Site.

Who would have thought of celebrating death as elaborative as the people of Tana Toraja? Located in the highlands of Sulawesi, the people of Tana Toraja are obsessed with death. They celebrate it with plenty of food and traditional dances. The graves are varied as some can be in caves, hanging, baby tree graves and even life-sized wooden effigies. Originally the life-sized effigies are made as a personal connection of each family group to their deceased, but it has become an emblem of Tana Toraja.

After all the cultural, historic and nature trip, you could begin to miss city life. Fret not, head on to Jakarta, the bustling capital of Indonesia. It is a shopping haven for those wanting to get a shopaholic high. So, what’s your reason to not travel in Indonesia? These are only the tip of the iceberg, and once you have to experience Indonesia, you’ll be wanting more.