Forming a Nonprofit Organization in Indonesia

What You Need to Know Before Forming a Nonprofit Organization

Forming a nonprofit organization can arise for many reasons. But ultimately, these foundations are all inclined with pushing various causes and advocacies aimed at improving the condition of humankind, whatever they may be.

From the name itself, nonprofit organizations are not created to generate big profits. All the money they earn is allocated to further its mission. It should be noted that a portion of income can still be given to their employees. It is not totally charity work, after all.

According to Law No. 28 of 2004 of Foundations in Indonesia, the three main fields of nonprofit organizations are social, religious, and humanitarian.

The nonprofit organization’s statutory purpose should be parallel to its activities once it decides to build its own company. This means that there would be separation of assets and the foundation is deemed a non-membership legal entity.

For whatever reason, you decide to create your own foundation, make sure that your vision and mission are clear. After all, you will not be able to function properly without a clear strategy.

What Are the Examples of a Nonprofit Organization?

Despite the differences in faith and beliefs, religious bodies are usually considered as nonprofit groups. They are created with the sole purpose of furthering their faith. This is usually done through conducting religious ceremonies, searching for new members, offering counsel to its members, and even extending financial aid if needed.

In Indonesia, among the religions present are Islam, Protestantism, Roman Catholicism, Hinduism, Buddhism, and Confucianism.

Let us tackle two forms of art and culture here: theater and museum.

Community theaters, along with local orchestras and ballet companies, are operating as nonprofit organizations as well. The general public is seen benefiting from their performance given that the tickets are usually lower compared to big productions.

For museums, they are getting their financing from the government. Sometimes, apart from government grants, they also receive donations from the public and hold fund-raising activities to support their operations.

These business groups, while obviously composed of for-profit entrepreneurs, are considered non profit. This is because they do not partake in the earnings of the organization. The funding is used to improve the environment in their city, and even the country. The business groups make sure they can give back something to society through these kinds of initiatives.

How to Set Up a Foundation in Indonesia

The Minister of Law and Human Rights released in 2014 the Regulation No.5 of 2014 on Validation of Foundations, mandating new procedures for creating nonprofit organizations. Those who are interested in forming a nonprofit organization should submit their applications electronically through the Legal Entities Administration System under the Directorate General of Law Administration.

First, you need to apply for the approval of your foundation’s name. The government will issue the approval letter containing the following:

You must begin using the approved name within 60 days of receiving the go signal.

After your nonprofit organization’s name was greenlighted, submit an application for the validation of your foundation as a legal entity. This can be filed electronically to the government and must be provided within 10 days of signing the deed of establishment. The submission should include other important documents such as deed of incorporation, proof of payment for the approval of the organization’s name, proof of capital deposit and deed of the last will and testament of the foundation, among others.

The government, upon receipt of the application, will review the documents. If you’ve met all the requirements, you will be notified by the government and it has 14 days to issue an official decree validating the approval of your foundation.

You must also take note of initial capital requirements in Indonesia when forming a nonprofit organization. Indonesian citizens are required to put in a minimum of IDR 10 million while foreign citizens are mandated to infuse IDR 100 million.

In addition, remember that nonprofit organizations are exempted from taxation.

Pillars of a Nonprofit Organization

According to the Law on Societal Organizations, nonprofit organizations should always adhere to the principles of these kinds of groups in Indonesia.

Whatever your cause maybe, forming a nonprofit organization will always be beneficial for the general public, especially those sectors that appear to be neglected or overlooked. Just make sure that you operate with genuine dedication because setting up and running a foundation is a big commitment. 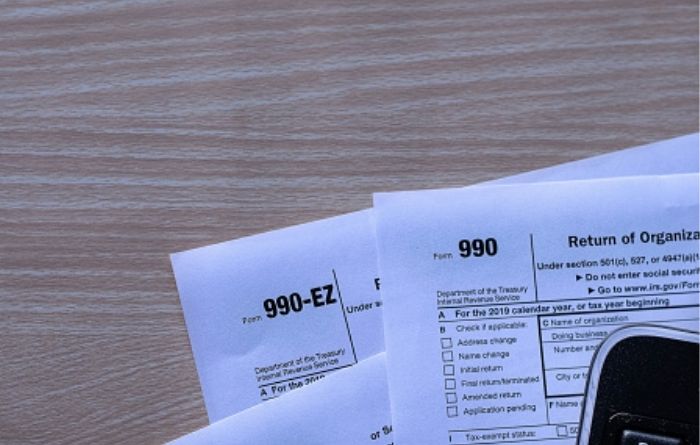 Need help in establishing your business? Reach out to 3E Accounting. We are an Indonesian incorporation service provider and we are more than glad to help you in every step of the way.