More Foreigners Are Interested in Owning a Property in Indonesia 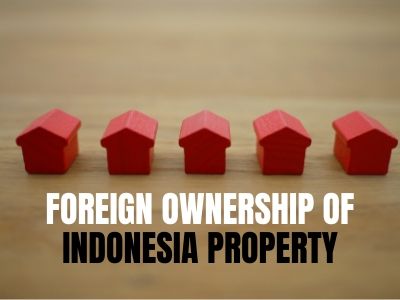 Indonesia is a country with a diverse range of beauties and charm. From sophisticated city to luxurious island living to rustic village charms, people visiting the country are spoilt for choice. This rings especially true for foreigners visiting Indonesia. Foreigners across the globe who frequently visit Indonesia would prefer to stay at the same place. Hence, foreigners have been eyeing to own property in Indonesia. But it is not until recently that the government of Indonesia is allowing foreign ownership of Indonesia property.

The Rights to Property Ownership

Currently, Indonesia is attracting crowds of foreign investments. In tandem with the influx of foreigners to the country, the property sector in Indonesia is becoming more attractive. The government of Indonesia is first and foremost protective of their citizen’s affordability to buy houses. But in the light of foreigners wanting to purchase Indonesia properties, the government is now allowing foreigners to own Indonesia property with a set of conditions. Previously, the law was unappealing to foreigners as it was challenging to comprehend and implement. The previous law even states that foreigners can only purchase brand new properties. With the new regulation, foreigners now can buy a home in Indonesia under the Right of Use title. They also allow foreigners to include their property into a will, if there is a need to do so. Foreigners owning homes in Indonesia can reside legally for up to 80 years. It begins with a 30-year initial period. Foreign homeowners can further extend the stay period for another 20 years. Lastly, homeowners can renew for another 30 years. The new regulation also states that foreigners can purchase second-hand properties.

Foreigners in Indonesia planning to purchase a house must agree to the following circumstances.