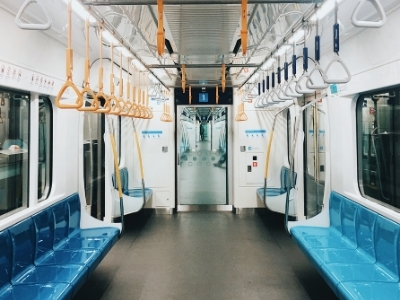 We can talk of the Indonesia MRT system as the first underground train of its kind. It offers affordable and efficient public transport. Jakarta was experiencing huge traffic snarl-ups that prompted the consideration of this grand project. The government development of urban transport, mainly Mass Rapid Transit (MRT) and Light Rail Transits (LRT) are at the height of the pace of urbanization. The experience of the impact on mitigating traffic by the MRT/LRT system will only come to fruition when the network concludes in 2024-2027.

The History of the Indonesia MRT System

The history of the development of the MRT project goes way back to 1985. However, during that time, the project had not yet been pronounced as a national project. After the declaration in 2005 by the President of the Republic of Indonesia as a national project, it paved the way for the Provincial Government of DKI and the Central Government to move and share responsibilities swiftly.

In November 2006, the signing of the financing agreement between the Japan Bank for International Cooperation (JBIC) and the Indonesian government marked the project’s beginning. The land assessment and technical acquisition designs were conducted in 2008-2009. While the tender for the mechanical and electrical equipment in 2009-2010.

The 16 km phase 1commenced in October 2013, which runs from the Lebak Bulus terminal to the Hotel Indonesia roundabout, making up 13 stations and one depot.

After the first phase of the Indonesia MRT System in March 2019 by the President, it exuded a lot of excitement and more great projects to come. Phase 1 of the MRT covers a 15.7 km north-south line between Hotel Indonesia traffic island and Lebak Bulus. It serves seven (7) elevated and six (6) underground stations. This makes up a total of 13 stations along the Jakarta MRT line.

The second phase has two sections: phase 2A and 2B. Phase 2A constitutes a 6km line with seven stations which is to complete in December 2024. Phase 2B, which the project refers it as the North-South line, stretches 5.8km from Kota station to Ancol to have three stations.

Construction of this phase is expected to begin in 2022, with its completion in 2027. According to the plan, the MRT system is set to integrate other modes of public transport. Once the project is complete, it will have the capacity to transport over 400,000 passengers per day, reducing the travel time considerably to 30 minutes.

Plans for future lines to decongest the city of Jakarta are undergoing. There are feasibility studies underway under Egis Company–winning the award for conducting the assignment for future East-West line. Egis is currently liaising with the present owner and operator of the Indonesia MRT System in evaluating the best possible route options, technologies to take up, and the funding schemes to finance the future line. The proposed mega project’s study area will run between Balaraja in Banten Province and Cikarang in West Java Province—approximately 87.3 km.

According to the pre-feasibility study, the East-West line is critical in developing the East-West Axis with five alternative routes. Additionally, the government seeks to incorporate seven (7) corridors of light rail transit (LRT) to criss-cross the MRT network. The incredible intra-city LRT lines will have a total track length of approximately 107.7km once it’s complete.

Phase 1 of the corridor (5.8km from Kelapa Gading to Velodrome sports complex in Rawamangun) has been in construction since 2016. Consequently, to minimize private vehicle influx from neighboring cities in Jakarta, the government plans to develop the LRT system to connect Bodetabek and the capital city. The LRT will cover 83.6 km upon completion, taking two phases.

Map of MRT and LRT 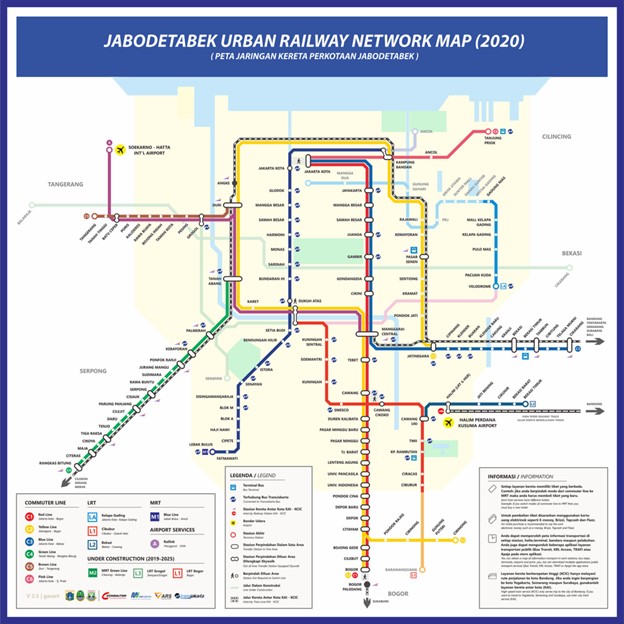 Due to the observation of COVID- 19 protocols, there will be limits in passengers’ numbers from the standard capacity to half the number.

Now, the processing of acquiring tickets for the Indonesia MRT System may be a stress-free experience. However, you must first understand the payment forms acceptable for tickets before taking an MRT Jakarta trip. It will save you a great deal and time once you arrive at the station.

Presently, the MRT Jakarta opens only one line in the capital. Commuters operating from Lebak Bulus Station in the south to Bundaran HI Station located at the center of central Jakarta will get this MRT line service. Before buying MRT tickets, you must consider a number of things.

Firstly, consider the frequency of using the MRT system. For instance, commuters traveling daily between Blok M Station and Senayan Station for work obligations should never stand in the line waiting to get a ticket. Instead, the commuters should get cards that they can easily top up before arriving at the station. They will apply the tap and go mechanism that works perfectly for a case in point. You can continuously tap when entering and exiting each of the MRT stations when you have the cashless card.

Secondly, you must consider the distance that you plan to travel on each occasion. In other words, how many stations you intend to pass on to your destination. The Indonesia MRT System prices are progressive. It means that the farther you travel and the more stations you pass, the more you’re likely to pay. Presently, a one-way journey from Bundaran HI to Lebak Bulus costs 14,000 IDR.

Thirdly, you must consider the time you plan on traveling. For instance, if you plan to board during the peak hours (8 a.m. or 6 a.m.), expect to find an extensive lineup at the ticket machines. In this case, you might as well top up your card before arriving at the station.

You probably might be asking which cards can be used to ride on the MRT system. The MRT system allows these five different cards in addition to the single trip card. There are Flazz cards, Jakcard, Brizzi BRI Card, Tapcash BNI Card, and E-money Mandiri Card.