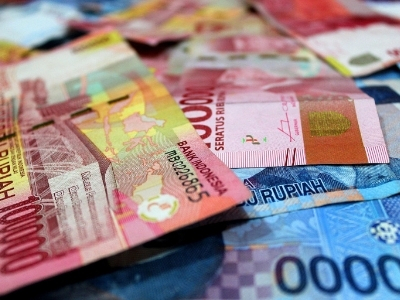 Every currency in the world has its representative symbol to distinguish it from the rest. Indonesians use rupiah represented by the symbol (Rp) ever since the country became a sovereign state. The Indonesia rupiah currency is under the Bank Indonesia’s control, the country’s Central Bank. During your stay in Indonesia, you’ll hear the residents referring to their currency as ‘perak.’ This local phrase in English translation represents ‘silver.’ Historians from this archipelago island would tell you that the term ‘rupiah’ is from the indigenous word ‘rupyaka’ of Sanskrit language. The currency trades in the forex with other international currencies represented as IDR.

The History of the Indonesia Rupiah

Since independence, the Indonesia rupiah currency has had some ups and downs due to widespread inflation leading to its devaluation in 1965. The central bank introduced a new currency which was trading for one new currency to 1,000 old ones. The government’s efforts were not practical, with the Asian Financial Crisis in the 90s deepening the situation. New currency notes were introduced to contain the situation.

The Indonesian government faced a financial crisis that meant that they had to revise their monetary policy framework. Each of the policy frameworks was to reinstate back their financial system from depression. During that period, the country ran through the credit ceiling policy and the interest rate regime as a monetary policy measure. The banks had adopted a selective credit control approach when it came to lending. It was solely the prerogative of the government to establish the lending priorities for the various economic activities.

In June during that period, the government resolved to scrap the credit ceiling for all commercial banks. They cancelled several interest rate controls previously levied on banks. Subsequently, to control the bank credit regarding the increase in capital inflows, the Central Bank reintroduced the reserve requirement monetary policy. This measure was effective as it had a positive impact on financial institutions. After the Asian financial crisis in 1998, the Bank Indonesia took the initiative to introduce the “rupiah intervention” as a way of monetary restraint and as an instrument to neutralize interest rate volatility.

The intervention on the Indonesia rupiah currency meant that the currency had a monetary growth. At the start of the 2000s, the Central Bank was in transition and introduced the ITF–a policy framework that would give it complete autonomy. The bank’s independence would mean formulating monetary policies and implementing them without consulting the government. The Central Bank had no obligation to finance government deficits from their spending or buying bonds from the forex market. The policy had it that they would only buy bonds from the secondary market.

The coins in circulation are in two series, the old series dating back to the 90s and the new series from 2016. The bills or notes have distinct features that define Indonesia’s heritage right from the foundation of the founding fathers to reformist. Each of the world’s coin currencies is made of different materials. The Indonesia rupiah currency, mainly the coins, is made of lightweight aluminium and nickel-plated steel. Indonesian coats of arms (Garuda Pancasila) are inscribed on each of the coins. The currency notes have changed series on several occasions from one political regime to another.

During the Soekarno regime, the ties between the foreign lending institutions (IMF, World Bank) deteriorated. The government at the time decided to continue with the fixed exchange rate regime. Later on, the Central Bank adopted the floating exchange rate regime, which positively affected the general economy.

Adopting the floating exchange rate meant that the Bank of Indonesia lost autonomy in controlling the monetary authority on the monetary base’s foreign elements. In return, the Bank Indonesia applied the single-mouth bond certificate interest rates to tackle inflationary issues.

Therefore, it had absolute control of the foreign and domestic components of the monetary base. In other words, the bank would regulate the domestic aspect by lending to the commercial banks and the foreign component by buying and selling the foreign exchange units at agreed prices. The surplus amount was credited as reserves to keep the monetary base unaltered.

In 2000, the Central Bank started shifting to curbing inflation and increasing the nominal interest rate by a margin of 1% point. The eventual adoption of the neutral interest rate stabilized inflation over that particular period.

The Current and Future Indonesia Rupiah

Based on the Central Bank’s expectations, the currency strengthens in the coming year against the major currencies. There are signs of economic recovery from the low inflation over some periods. The Indonesia rupiah currency will remain at levels of volatility for the foreseeable future. The currency rebounded from the worst-performing Asian currency to second in the 4th quarter of 2020.