An Overview Analysis of the Top Best Universities in Indonesia 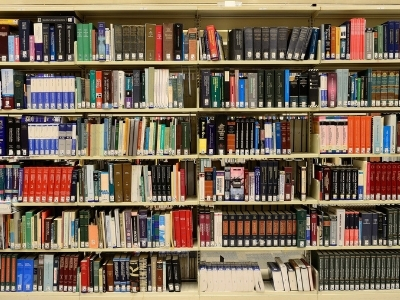 When we talk about Indonesia’s history of education, it takes us back to the Hindu Empire and the Islamic ruler. The coming and colonization of Indonesia by Europeans was the beginning of an education system that influenced the modern education we have today. Today, we can speak of some of Indonesia’s best universities, which cut across both public and private universities. As we all know, education is part of human and social life and is the salient pillar of society since the beginning of human history. Indonesia had made great strides in achieving these objectives.

Let’s look at the best universities in Indonesia from their history, faculties, programs, and accolades, among others.

The History of Universitas Indonesia

The Universitas Indonesia dates its foundation since the Decree of the Government No.22 on 2nd January 1849. The education activities did not start until January 1851 under “Javanese Medical Doctor School.” Over time the university has had some substantial changes throughout its history.

At the tail-end of the 19th century, the government expanded the medical school to become the School tot Opleiding Van Inlandsche Artsen (STOVIA). It would only run until 1927 before its replacement to Higher Institution for Medical School as a complement for the four (4) higher education institutions.
After long uneasiness between the nationalists and the Dutch professors, in 1950, the Universiteit van Indonesie changed to now Universitas Indonesia.

Universitas Indonesia is currently located in Depok, West Java, and Salemba, Jakarta, Indonesia. The university consists of fourteen (14) faculties, two (2) schools, and one (1) program from undergraduate to postgraduate levels. Under the faculties and schools, we have the following:

It is estimated enrollment ranges from 40,000 to 44,000 students. It’s made up of two campuses: the Salemba campus situated and the Depok Campus in south Jakarta.

Universitas Indonesia is one of the prestigious universities in Indonesia and has won several awards over time. In 2008, the university was granted the Indonesia ICT Award (INAICTA) for the best universities in Indonesia –the category of Best Content and Application. During the Tesca award in 2010, the university won the first prize–Telkom Smart Campus Award for collective knowledge and robust applications. This was alongside an outstanding individual: Agus Awaludin, the UI Network Coordinator. At the 19th Education and Training Expo at Jakarta Convention Center in the same year, the university got an award for the best booth.

The History of Bandung Institute of Technology

The university’s history dates back to the 20th century, during the Dutch colonial era. In July 1920, the Dutch launched an engineering university–De Technische Hoogeschool te Bandung (THS)—as it was known on a 30-hectare piece of land in Bandung. Only one faculty was existing—the Faculty of Technical Science—and one major–the civil engineering division. The need for technical engineers prompted the idea of establishing the university due to the First World War occurrence.

On its 6th Anniversary in July 1926, the university produced the first students’ graduates of engineers, of which four (4) were Indonesians.

When the Japanese occupied Indonesia in 1944-1945, the university changed its name to Bandung Kogyo Daigaku (BKD) and became Bandung Technical College after its independence.

Due to continuous struggles of attaining independence in Indonesia, the government then decided to inaugurate the institution as Bandung Institute of Technology on March 2, 1959. The institution’s foundation was on the mission of devotion to science and technology in the future Republic of Indonesia.

The university takes up the highest selection in the field of science and engineering. It constitutes twelve (12) faculties and schools. Institute of Technology Bandung estimated enrollment range between 10,000 to 15,000 students with its main campus in Bandung.

Some of the faculties and schools include the following:

As among the top best universities in Indonesia, the institute has four (4) programs: undergraduate, post-graduate (Masters), doctoral programs, and Professional Study Program.

The History of Universitas Gadjah Mada

During the revolutionary struggle for independence in Indonesia, the Universitas Gadjah Mada came into existence. The Government Regulation No.23 endorsement in 1949 led to establishing “Universitas Gadjah Mada”—an amalgamation of several higher education institutions formed previously. Some institutions include the Pre-clinical Unit of Medical University, Lawyers Education Centre, Engineering College, Politics Academy, and Gadjah Mada Higher Education Centre. The story behind the “Gadjah Mada” comes from the special meaning consisting of the spirit and reputable example of Majapahit Empire Prime Minister Gadjah Mada, who was able to unify the Nusantara archipelago. Its interpretation led to the formulation of the identity of UGM as a center of Culture University. In the initial beginning, the university had six (6) faculties, and ever since, the number of faculties has now reached eighteen (18).

UGM, as one of the top best universities in Indonesia, prides itself to have various educational programs, including undergraduate, post-graduate, professional, specialist, and diploma programs. Again, within other faculties, we have international programs in both undergraduate and postgraduate programs. The university currently has eighteen (18) faculties, one (1) vocational school, and one (1) graduate school. The institute is estimated to have at least 52,000 students and over 1,100 international students.

The Universitas Gadjah Mada received accreditation in 2013 from the Royal Society of Chemistry (RSC) in the U.K. from their chemistry undergraduate program. The RSC is among the largest European-based international organizations dedicated to the progression of chemical science. In an actual sense, it was the first such international accreditation obtained by the university.

The History of Universitas Airlangga

The Universitas Airlangga is the second oldest university in Indonesia under public universities. The university’s roots date back to 1913 but were founded in 1948 as a distant constituent of the University of Indonesia. In 1954, the government regulation led to the establishment of the university. The university’s name comes after the great king—Prabu Airlangga, who ruled East Java in 1019. During its inception, it only started with a medical and school of dentistry.

The university has sixteen (16) faculties, including postgraduate school and School of Advanced Technology and Multidisciplinary, with 132 study programs available. The following are some of the faculties and schools:

The institute’s vision is on the backbone of independence, innovation, and leading universities at national and international levels. It aims to develop science, technology, and humanities based on moral and religious values. The university has approximately 35,000 students in the degree program.

In 2013, the university was officially appointed Institute of Tropical Diseases of UNAIR as the Center of Research Excellence in health and medicine by the Ministry of Education and Culture of Indonesia. Again, in 2020, the institute was ranked third in health and medicine, winning the Productive and Quality Intellectual Property Rights Awards by the Ministry of Research and Technology.

The History of Institut Pertanian Bogor

The Institute was established in September 1963 following the decree of the Minister of Higher Education and Science No.91 and the approval decree No. 279 by the President of Indonesia. However, history starts back in 1940 when establishing the Faculty of Agricultural Sciences, the University of Indonesia in Bogor. This marked the origin of IPB, which also marked the new beginning of agricultural higher education in Indonesia.

Among the best universities in Indonesia, the idea was triggered by the nation’s fight for independence through agriculture to meet its food requirements. Since its inception, IPB has developed into an institution that plays a crucial role in Indonesia’s national development and higher education.

Currently, the institute has nine (9) faculties offering undergraduate, graduate, and postgraduate programs, two (2) schools, and one (1) graduate school. Under the faculties and schools, we have the following:

The university also consists of a Diploma program separate from the faculties and managed under the Directorate of Diploma Program.

In 2017, the university ranked first for the Anugerah Widya Padhi award. The award is like a government appreciation for Science and Technology development and innovation.

Modern education in Indonesia has had some transformational changes since the Dutch introduction in the 19th century. Today, we have some of the best universities in Indonesia, producing some of the best graduates across Southeast Asia. We’ve seen different programs and faculties introduced across the different universities from engineering to science, business, arts, technology, medicine, among others, that have been part of the pillar of Indonesia’s growth. Indonesia has over 2,000 higher education institutions, with 30 being public Institutions. These high education institutions consist of universities, polytechnics, academics, and advanced tertiary schools. In the recent past, the country has upgraded five colleges to fully university levels to accommodate international students who may wish to study in Indonesia.