Weather and Climate in Indonesia

Learning Some of the Aspects Concerning Weather and Climate in Indonesia 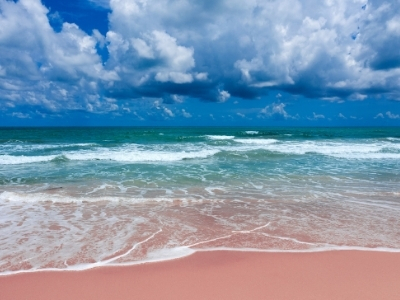 Indonesia welcomes a tropical climate across the archipelago as the Equator splits it with relatively even temperatures throughout the year. Weather and climate in Indonesia significantly define the diversity of its physical landscape, with the mountainous regions exhibiting temperatures averaging 26 degrees Celsius. Indonesia’s rainy pattern varies despite the temperatures remaining constant. Overall, Indonesia comprises two monsoon seasons: the northeast monsoon and the southwest monsoon.

As a tropical country, the weather and climate in Indonesia do not experience the typical four seasons. There is no Spring, Summer, Autumn, or Winter. Instead, the country only has two seasons, dry and rainy across the regions. Humidity, heat, and rain are also what you can expect throughout the year. Occasionally, the downpour and thunderstorms during the rainy season might cause floods.

We’re going to delve into different aspects of the weather and climate in Indonesia.

Indonesia’s nation is the world’s largest archipelago sitting between mainland Southeast Asia and Australia in the Indian and Pacific oceans. Covering a total land area of 1,904,569 square kilometres (741,052 square miles), Indonesia consists of approximately 17,500 islands. The country’s population is roughly 260 million people. Indonesia is the fourth most populated nation after China, India, and the United States.

The geographical features of the different islands make Indonesia have distinct physical characteristics. The rainforests in Sumatra, Sulawesi, and Kalimantan with the savannah grasslands in the Nusa Tenggara islands give you an idea of the country’s uniqueness. The areas surrounding larger islands such as Sumatra and Java have large mountain ranges with fifty active volcanoes in Java.

The Wet and Dry Seasons

Weather and climate in Indonesia are subject to two major seasons. They are the hot and dry season, and the rainy monsoon season.

The archipelago’s weather and climate vary with the archipelago regions and their position from the latitudes. The wet season begins moderately abruptly when the northwest monsoon reaches Indonesia. It often occurs during late August within the northwest part of Indonesia and later (December) in the southeastern region.

The dry season begins more slowly, first in Indonesia’s southeast region, moving towards the country’s northwestern parts. The dry and wet seasons’ duration is dependent on the time of the monsoon. When there are an early-onset and late withdrawal of monsoon, the effect is a long wet season.

Indonesia does experience variations in rainfall and this is mostly thanks to the monsoon.

Indonesia is a monsoon region and experiences heavy rains, especially in autumn. The monsoon winds influence the monsoonal areas in weather and climate in Indonesia. The southern hemisphere’s west monsoon is more humid than the east monsoon, with maximum monthly rainfall distribution in the west and minimum in the east monsoon season.

Some of the main characteristics of the monsoon regions include the following:

Periodically, Indonesia does experience drought. These could sometimes be followed by devastating forest fires that are triggered by El Nino. Between 1977 and 1998, El Nino brought with it some severe drought conditions that greatly affected crops, causing a lot of damage and food shortage. The effects of this were felt in Papua New Guinea and some parts of Indonesia.

However, El Nino is something that only happens periodically, typically once every five years on average.

Indonesia is synonymous with several volcanic eruptions in the world. The southeast islands have one-hundred and forty-seven (147) volcanoes, and seventy-six (76) are active volcanoes. The volcanoes spread along with the islands of Sumatra, Java, Celebes, and Lesser Sunda.

Consequently, volcanoes can influence the climate change of a region. During the eruption, vast volcanic gas, aerosol droplets, and ash are injected into the stratosphere. When the released ash falls rapidly from the stratosphere, it takes several days or weeks to clear out. However, volcanic gases like sulfur dioxide may cause global cooling during the volcanic carbon dioxide (greenhouse gas) potential effect on global warming. In the past century, volcanic eruptions have caused a decline in average temperature at the Earth’s surface of up to half a degree.

Because Indonesia is prone to eruption disasters, 10% of the Indonesian population lives around the volcanic region. For instance, the Merapi eruption in 2010 resulted in 286 deaths and approximately 17,000 residents facing respiratory issues. The volcanic eruption activity in Indonesia has an enormous impact on the environment. Volcanic eruptions for the last five years (Merapi, Kelud, and Sinabung) have produced plentiful materials beneficial for soil fertility.

Indonesia’s humidity is relatively between the ranges of 70 and 90%. The winds are generally predictable and moderate, with typhoons and large-scale storms posing a slight hazard to mariners in Indonesia waters.

Weather and climate in Indonesia typically vary in terms of rainfall within the different regions of the island. Rainfall is usually average between February and April. Heavy rains regularly hit the parts of Papua, eastern parts of Sulawesi, and Kalimantan. The northern parts of Sumatra Island and regions of East and West Nusa Tenggara experience below-normal rainfall. Generally, most of the country receives high precipitation in line with the rainy season. Java Island has unique wet and dry seasonal variations due to the Malaysian-Australian monsoon.

Type of Clothing to Wear

Because of the steady tropical weather all year long, the only items you will need are a raincoat or an umbrella to handle the rain that sometimes happens with no warning. If you’re travelling toward the more mountainous areas, a light jacket will suffice to keep you nice and warm. During the day, it’s common to see some of the locals and tourists walking around in shorts because of how hot and humid it can get.

While preparing to visit Indonesia, it’s always a good thing to know about different weather and climate facts.