An Overview of Economy of Indonesia In Difference Perspectives 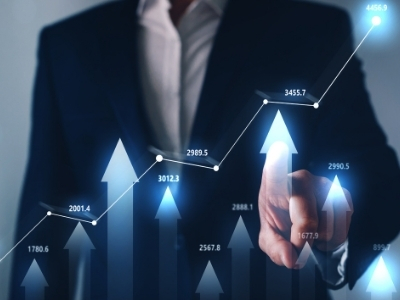 Statistical reports from the IMF indicate Indonesia’s economy is one of the largest by purchasing power parity. Today, the economy is on a shaky period due to the Covid-19 pandemic and other economic factors. Private domestic consumption is one of the crucial drivers of the economy instigated by its vast market with a growing middle-class population. External factors such as the continuing trade frictions between the US and China alongside their currency depreciation are a major concern. Indonesia’s growth potential is imminent as the government is making concrete monetary and fiscal policies to propel it significantly.

What Drives the Economy of Indonesia?

The IMF’s economic indicators indicate that the economy is expected to rise to a GDP of 4.8 percent this financial year (2021) to 6 percent in 2022. Over the years, Indonesia has been an agricultural-based economy; however, this is shifting to other mining industry sectors. According to the reports, agriculture contributes approximately 12.7 percent of the GDP employing at least 25 percent of its population. Some of the cash crops include tobacco, tea, palm oil, coconuts, rice, and coffee. Besides that, the country is the second-largest producer of natural rubber in the world. When it comes to minerals, Indonesia is the world’s largest exporter of nickel and stainless steel.

As Indonesia remains at the forefront in timber production, wood processing is one of the major activities. Following the implementation of the forest, governance, and trade laws, Indonesia has been able to tackle illegal logging challenges. This act had a great influence leading to international recognition by the European Union. Now, the nation is exempted from screening when exporting timber to Europe.

Another sector of the economy of Indonesia that contributes to its GDP (44.2%) is the service sector. This sector includes the financial, transportation, and communications institutions employing over 49 percent of the population. The growth in digital technology is evident with over a 200million mobile subscribers as internet use surges up in the mainstream. In that vein, the disruption by digital technology will raise internet accessibility to over 100 million shortly. In return, this will impact how businesses will be influencing consumer behavior on their product and services.

The prime contributors to the growth of household consumption are food and beverages. Despite the uncertainty in the globe, the policymakers in Indonesia should begin prioritizing social spending. This means putting more emphasis on education and healthcare facilities will see a multiplier effect on the economy of Indonesia.

The economic growth of a nation is often seen in how its major cities develop or expand. Indonesia is no exception, with many cities making economic marks and admiration and emulation by other upcoming towns. The main drivers of these cities may vary from one city to another, which attracts foreign direct investment. Let’s have an overview of five (5) potential cities in Indonesia regarding economic growth.

Jakarta is an economic and industrial hub located at the port, making it an integral center for trade. As an administration center, the city offers foreign investors opportunities to open offices to strategize on their investment opportunities. It’s an industrial hub; the city has several manufacturing industries such as food-processing plants, breweries, textile, and automotive products. Jakarta, located on Java Island, dominates the country’s economic activities. Almost 60 percent of the country’s population settle in this area and contribute 58 percent of its GDP. The main contributor to Indonesia’s GDP is small and medium-sized enterprises (SMEs), making up almost half of it.

Apart from the financial and industrial sectors, Jakarta attracts the real estate sector with investors currently developing luxury properties. Subsequently, it is a shopping destination from within Indonesia and outside. The development of digital technology has created interests in e-commerce which have seen progressive growth in recent years.

Potential investors planning to invest in property would fancy this city of Surabaya in East Java. The main driver of the economy, which is estimated at US$38 billion, is the service sector, with manufacturing, retail, food, and accommodation sectors at the prime spot. The city has a large informal sector which accounts for 22 percent of job opportunities. With its strategic location at the seaport, it remains the second busiest port in Indonesia. It contributes about 54 percent to the economy of Indonesia’s GDP, attracting more foreign direct investment.

If you visit the city of Surabaya, you’ll notice that it’s a populous city (2.9 million) inhabitant. There are several foreign companies within the industrial section of the city. This is due to its port which is estimated to handle over 3 million containers in a year. The improving macro essentials, commercial, residential, and hotel projects within the region spur the trading activities.

Bandung city has developed to be one of the cities in Indonesia that flourish in tourism. Besides that, the city is known for manufacturing, retail, textile, agriculture, and pharmaceutical. As an innovative hub, the young population is the driver of many economic initiatives propelling entrepreneurship’s creativity side. Reports indicate that 56 percent of this city’s economic activities relate to design & fashion and the advanced digital media levels as subsectors of the economy. The establishment of creative villages within Bandung is a poof that it’s a city of expertise in creativity. As a result, the city continues to organize several programs and events to promote creativity networks among cities.

The fact that Bandung is closer to the capital Jakarta makes it economically strategic to attract more investors. Other smaller towns surrounding the city offer rich resources from these towns from labor, industrial material to raw materials. Bandung is the center of excellence when it comes to education, with over 50 higher education institutions and research centers since they established themselves.

There is an influx of students and researchers coming into the city to pursue their studies. As a result, the city has seen the development of national industries due to its conducive environment for research and development, impacting the economy of Indonesia.

When you mention the city of Makassar, agriculture forms the basis of the coastal town’s economic activity. Rice is the staple food in Indonesia, and the lowlands areas provide the right temperatures and soil for cultivation. Besides rice, we have other crops that include coffee, cloves, coconuts, and bananas that fall under this category. The dominant crop considered as a cash crop is coffee by farmers in the region. Forestry and fisheries, which are under agriculture, contribute 21 percent of the regional economy.

The city is made up of four regions, with its economy relying on tertiary and secondary sectors. These include telecommunication, processing industry, trade, corporate services hotel, among others. Tourism as a sector has a significant impact on the economy of Yogyakarta. In return, there is the creation of more employment opportunities. This city acts as an accommodation base for visitors touring the historical centers in and around the region. The excellent transportation link between the city and the central railway station makes it easier to connect it with the capital and other towns like Surabaya.

What Lies Ahead in Indonesia’s Economy?

The World Bank’s economic report on the economy of Indonesia indicates some prospects. However, the Covid-19 pandemic has had some significant disruption on the growth trajectory of the economy. From the recent financial & economic report, the GDP growth was negative in two successive quarters of 2020. As a result, the companies laid off many formal sector employees, increasing unemployment to approximately 2.5 million people (7.1 percent).

The government has looked for ways to reassess its macroeconomic policies to be able to contain the situation. This has been through boosting their budget spending by at least 18.6 percent from the previous year. In the end, it strengthens the health care system and offers social safety net programs.

As part of saving the economic burden, the government intends to issue new debts to top up its financial needs. The Omnibus bill’s creation to aid in job creation by parliament marks a bold political will that the government made. This means that the stakeholders involved will have to deliver specific operational frameworks that attract investment and build market confidence.

Continues policy reforms and political will across multiple areas should help meet the government’s medium and long-term goals. And by strengthening the private sectors through public-private sector partnership will considerably bring significant economic growth.