How to Set Up a Hotel Business in Indonesia 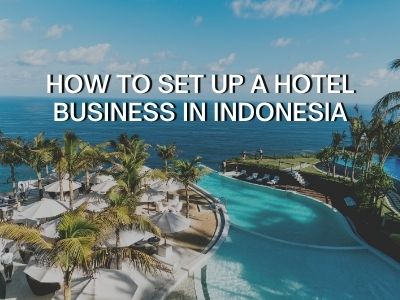 Indonesia is irresistible, in terms of its tourist attractions. Even if you are not a fan of its unique palate, the various holiday destinations will suffice. Many islands, big and small, make up Indonesia. Indonesia is also located on the Ring of Fire, making it strewn with active volcanoes. Active volcanoes are a sight to behold as it reminds us of the forces of nature sitting beneath us. Besides the famous Bali Island, Indonesia has plenty of beaches, lush hiking trails, entire villages steeped in tradition and heritage as well as splendid diving spots. Get in touch with the locals, and you could have a site all to yourself. That said, for the lesser-known tourist spots, there is an opportunity to set up a hotel business in Indonesia.

Fundamental necessities such as sanitary washrooms, neat and tidy bed or room, and a decent meal are what tourists look for. Some accommodation could even provide recreational and business facilities to compliment the hotel stay. The tourism industry in Indonesia ranges from bed and breakfast for budget travellers to luxury resorts for an extra home away from home experience.

If you plan to set up a hotel business in Indonesia, first there several things you need to consider:

As the above categories, only the bed and breakfast type of lodging does not allow foreigners to own such establishment. As for the rest, foreigners can have some or total ownership of the business. A non-starred hotel establishment is called a Hotel Melati. You may partly own the company with a local partner and have a more significant shareholding in the business. Whereas for starred hotels in Indonesia, it starts with a 3-star hotel and a foreigner can wholly own such business.

Form It, Own It

First things first, have a business plan ready both, for short and long-term planning. Then, get a company registered. After which, your hotel business should be also be registered with the Ministry of Tourism and Culture. If your hotel business is going to have business facilities and recreational amenities, then you need to obtain the appropriate licenses and permits such as hygienic and environmental permits. If you intend to open a small café which sells alcohol, you need to get the necessary permits.